Uganda brags of a tremendous equatorial climate for travel throughout the year with an average temperature of not more than 29° Celcius (84°F), the most friendly bunch, richness in native cultures, and an incredible display of the natural world. It is a great single African destination that will offer a traveler a wide selection of experiences, including safari game drives, climbing snow-capped mountains, backcountry hiking, and seeing the magnificent primates within their natural setting.

Before you start putting together your trip to Uganda, here are your answers about Uganda’s weather and climate, people, cultures, and religion. Let’s dig right in.

What type of weather does Uganda have?

Because of the tropical climate covering most of the country, Uganda does not have definite climate seasons. The south fluctuates between two wet seasons spreading from mid-September to November and March to May. During this period, it can pour down while the other times of the months there little to no rainfall. The northern region has one continuous wet season stretching from March to November and a more apparent dry season between December and February.

Despite this good climate, there are wetter months that make some areas with not-so-good roads relatively inaccessible. During that period, some attractions and activities become somewhat trickier, worth factoring into planning your travel around the country.

It is also important to note that climate change has caused some irregularity of weather patterns in recent years, with seasons becoming harder to predict.

The known best time to visit Uganda for gorilla trekking is during the country’s two dry seasons: January and February and June to September.

Bird watching on a Uganda Safari is fantastic all year round but is at its peak between November and April when migrants’ species are present.

What kind of people are Ugandans?

People who live in Uganda are some of the friendliest people on the continent. Sociable, exuberant extroverts are willing to welcome or help you through your visit fill every corner you may travel. According to the UN, the country has the most welcoming refugee policy in the world.

Welcoming all nationalities is an intrinsic part of the culture, and the people of Uganda are quick to offer smiles to newcomers. The people are amazingly friendly!

Uganda isn’t without its problems; however, its draconian stance on homosexuality is highly publicized by international media, but nothing of the sort shows within the people when you’re in the country. Same-sex people hold hands and walk with no impunity from the public. Political power outages and infrastructure growing pains sometimes make traffic come to a complete standstill. But that is seasonal and only happened in big cities like most countries. The overwhelming majority of visitors to Uganda love the place.

Uganda has a high-energy core with a relaxed periphery well suited for families and others who prefer to stay home. The country is also very affordable for food, labor, and high-end private travel. 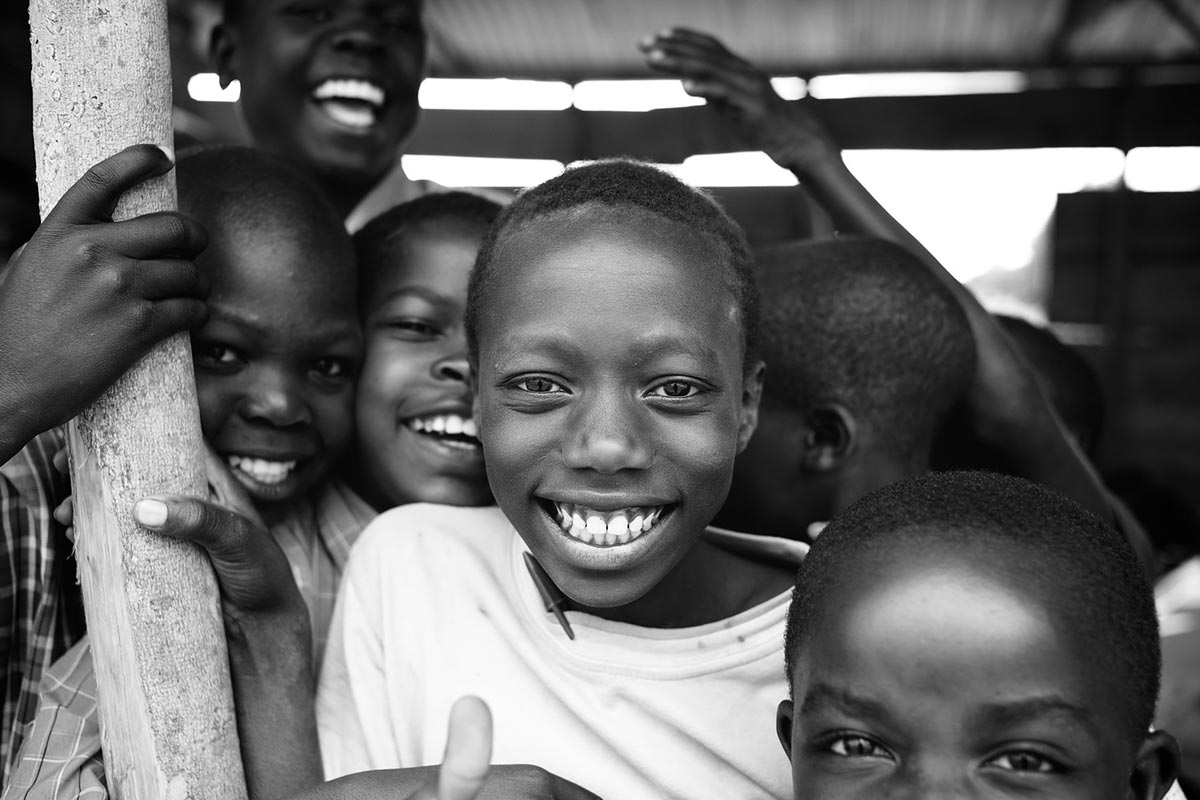 What is the culture of Ugandans?

Uganda is a cultural melting pot, as evidenced by 50-plus different indigenous languages belonging to five distinct linguistic groups and an equally diverse cultural mosaic of music, art, and handicrafts. English and Swahili are the country’s official languages. Swahili is a valuable communication link with the country’s Eastern neighbors of Kenya and Tanzania, where it’s widely spoken.

Ugandans speak different languages. Some of these languages bear some similarities. Others are entirely different and unique in their way of life. Because of this, various communities have different cultural rites and practices.

The largest group of people in Uganda (around a fifth of the population) are the Baganda, who mainly live in the central region and speak Luganda. The Baganda make up the largest cultural group in Uganda, though they represent only 16.7% of the total population. The name Uganda, the Swahili term for Buganda, was adopted by British officials in 1884 when they established the Uganda Protectorate, centered in Buganda’s capital, Kampala (Place of Impalas).

Buganda’s boundaries are marked by LakeVictoria on the south, the Victoria Nile River on the east, and Lake Kyoga on the north. This region was never conquered in the colonial era; instead, the powerful king (or kabaka), Mutesa, agreed to a British policy of giving Buganda protectorate status.

To the east and north are Nilotic/Cushitic origin groups, including the Iteso, Karimojong, Acholi, and Langi. 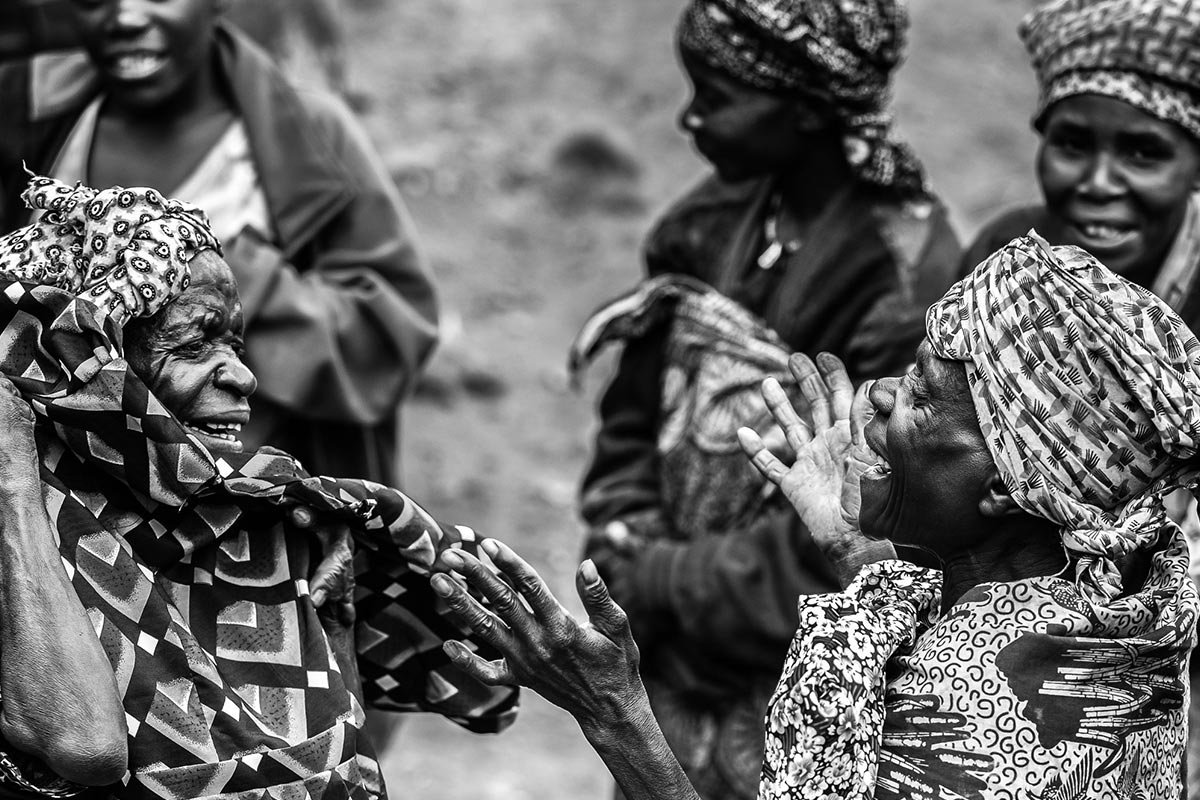 Like in many African countries, dance is an integral part of ceremonies and special occasions. Uganda’s different peoples have their own unique dances. For example, in the eastern region, the Basoga practice a dance commonly known as Tamenhaibunga, which expresses the importance of love and friendship. Its name means ‘good friends drink together and don’t fight because they break the gourd holding the drink.’

The most widely recognized Ugandan dance is the Kiganda, where the performers rhythmically move their lower bodies to drum-beats and songs. It’s a tricky dance, requiring great skill to keep the upper torso controlled and rotate to the music from the waist down. The dance has many variations for different occasions, but the version often seen is the one performed in honor of the Baganda king.

In southwestern Uganda is the muscular Bakiga dance, Kizino. When the Bakiga stand to dance, the ground beneath them begins to tremble because of the strength and agility that embodies the traditional Kikiga dance.

The dancers lean in lower and steadily about their knees, positioning their legs apart to give circumference as they jump up and stamp their feet on the ground. The arms are spread out below at chest level and often folded into a fist. The dancers may storm out of competition as everybody jumps higher, hitting the ground harder than the other.

The beauty of the dance is in the energy, the aura surrounding the performance is jovial. Those watching can’t help to join in the dance. When you head out on a Uganda Safari to see the mountain gorillas in Bwindi Impenetrable National Park, and visit the cultural communities in that area, seek out the Kizino dance. It’s trendy among locals entertaining tourists.

Religion plays an integral part in Ugandans’ daily lives. Over four-fifths of Ugandans are Christian, either Protestant or Catholic. Around 10% are Muslims, a legacy of the Arab traders who came here in the 19th century.

Ugandans are strong in their faith and see no conflict in holding to some traditional beliefs. In times of trouble and paying to the Christian or Muslim God, people may also consult a local oracle or healer. Many shrines to the spirits are still in active use, especially in remote regions out of modern cities.

The author is an Online Marketer and Travel Writer with an off-the-charts enthusiasm for culture and the natural world. Also, he is the CMO at Nkuringo Safaris & Lodges.
Share

The Evolution of Religious Tourism and Holy Sites in Uganda

Religious tourism is a new niche in Uganda’s tourism business, in the early stages of developing organically with the most prominent attraction in religious tourism in Uganda is tourists’ visits to the 19th & 20th-century holy martyrs’ sites.

Uganda is endowed with a wide range of tourism resources, including biodiversity, varied landscapes, and cultural and religious heritage. Find the current status and latest statistics.

Our list of the most popular safari destinations in East Africa explores the untamed wonders of Uganda, Kenya, Tanzania, and Rwanda, featuring stirring scenes of wildlife, fascinating human cultures, and incredible landscapes beyond eternity.

A Day With A Silverback Mountain Gorilla

What it’s like pending a day with a dominant male silverback mountain gorilla and his family in the montane jungles of Uganda’s Bwindi Impenetrable National Park on a Gorilla Habituation Experience.

I visited Uganda last year for an African safari trip to see the chimps, wildlife & go gorilla trekking. This is my Uganda safari experience.